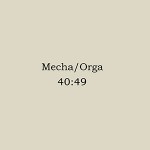 Reviews
MASSIMO RICCI | TOUCHING EXTREMES
In a 19-year writing “career” (ha!) Yiorgis Sakellariou is the only artist who managed to have the same record reviewed twice (inadvertently, of course) by this mentally aging type-typist. It feels right then to analyze the latest CD with improved concentration, lest I get caught again in six months or so. Kidding aside, the man knows his business and, especially, how to operate a studio. In such a setting he manipulated a series of field recordings that occurred in Abeliona, a village of Peloponnese. Now, after having read the terrifying couple of words above (the ones who currently authorize any idiot gifted with a portable recorder to dispatch subway conversations and any sort of thud and clang interspersed with blackbirds as “art”), relieve yourselves. The sources are just about unrecognizable except a rainstorm, and maybe some faraway frogs and trains; what we’re left with is something like the simulacrum of their original identity. Mecha / Orga dissolves concreteness into matters that resonate strongly but aren’t exactly tangible: a mix of rumble and mumble, liquid one moment, rusty the next, electronically hued five minutes later. The eight tracks are not separated by silences, thus the piece evolves without seams and interruptions. A term of comparison is hard to find; picture a “lunar” version of Daniel Menche’s deeply resounding explorations of vast spaces, and you’re not too distant. The odoriferous echoes, the imperceptible acute buzzing (radio waves, perhaps?) and the almost incessant moan from within are all Sakellariou, though. You better start considering the guy as a serious candidate to the genre’s Senate of Finest Assemblers: this suite – sober yet powerful – does not need anything more than its sheer impartiality to be called outstanding.